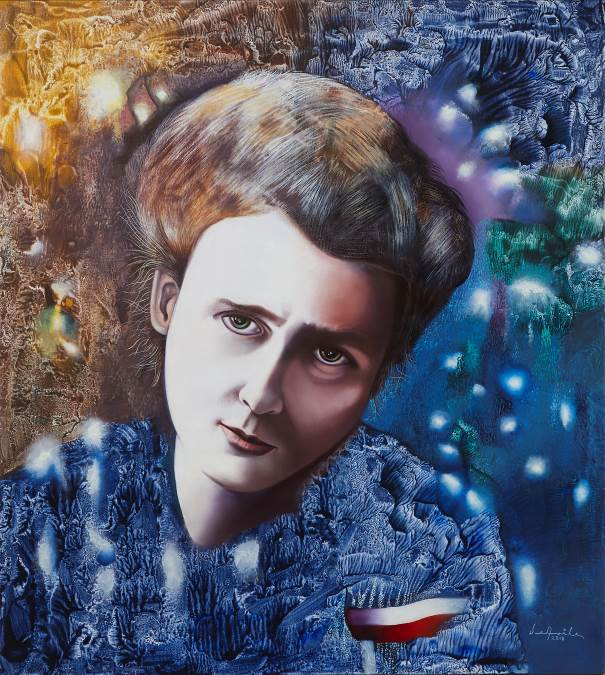 Marie Curie is remembered as a leading figure in science and a role model for women.

So that is an inspiration for any artist.

In the painting she appears as a young lady, the age at which she made key scientific discoveries alongside her husband Pierre.

I surrounded her with stones: ´pitchblende’ in the upper left corner of the painting, and other stones that glow blue in the rest of the work, symbolizing the radiation of radium.

I put a Polish flag on her chest because she loved her homeland – she even named a chemical element she discovered ‘polonium’ in homage to Poland, which was occupied at that point.

There are no reviews yet.

Be the first to review “Enrique AVILA” Cancel reply